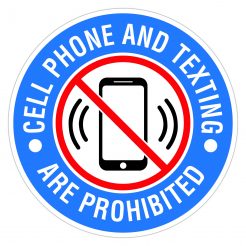 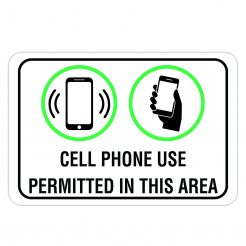 CELL PHONE USE PERMITTED IN THIS AREA 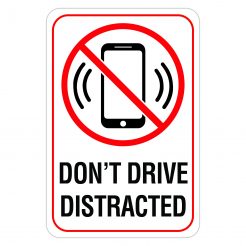 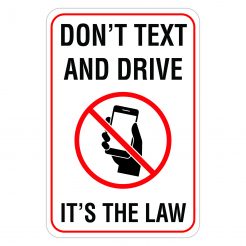 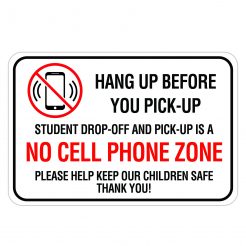 HANG UP BEFORE YOU PICK UP 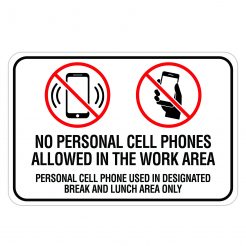 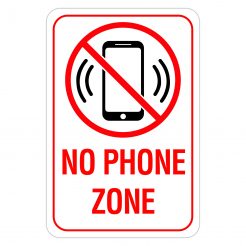 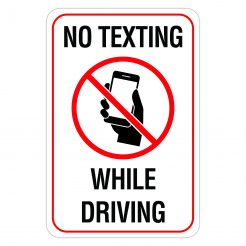 NO TEXTING WHILE DRIVING 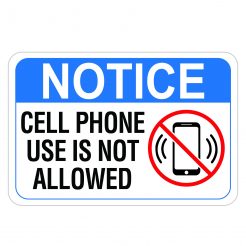 NOTICE CELL PHONE USE NOT ALLOWED 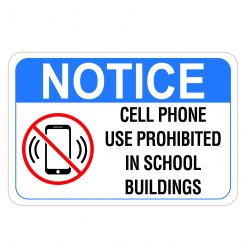 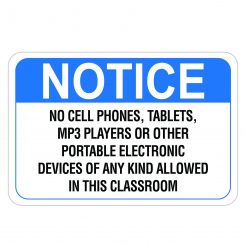 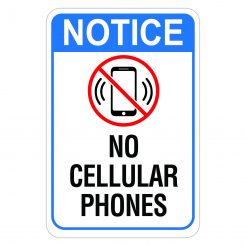 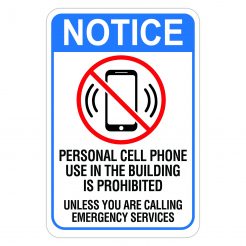 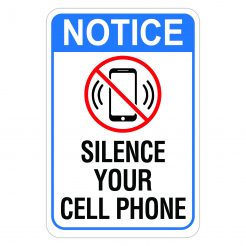 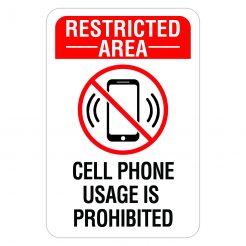 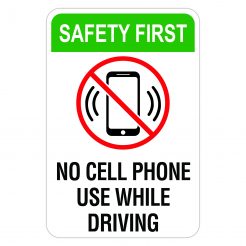 SAFETY FIRST NO CELL PHONE USE 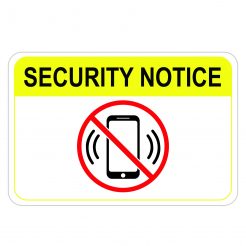 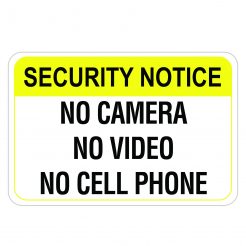 SECURITY NOTICE NO CAMERA NO VIDEO 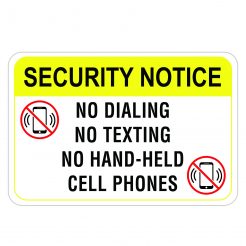 SECURITY NOTICE NO DIALING NO TEXTING 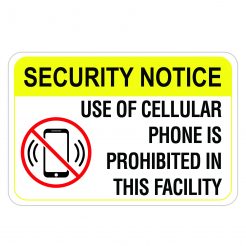 SECURITY NOTICE USE OF CELLULAR PHONE 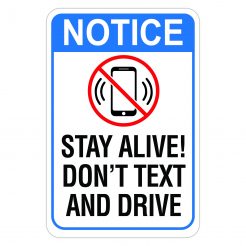 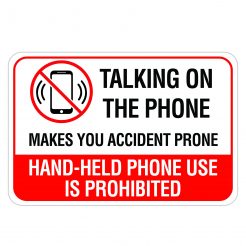 TALKING ON THE PHONE MAKES YOU ACCIDENT PRONE 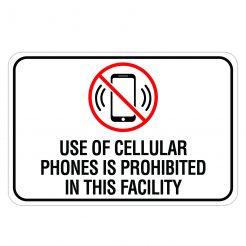 USE OF CELLULAR PHONES IS PROHIBITED 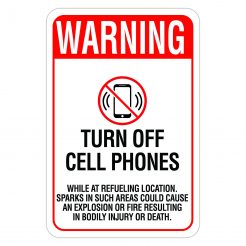 Cell phones have become some of the most ubiquitous pieces of technology in history, and it’s rarer to find someone sitting in a waiting room without one of these products than without shoes. They’re on the streets, they’re in the libraries, they’re at the movie theater – pretty much everywhere you find people, you’ll find their phones. That said, it isn’t always necessary or even acceptable to allow the usage of these phones. With No Cell Phone Signs from American Sign Letters, you can make your policy clear on the use of smartphones and follow through with the enforcement measures of your choice.

We’d like to imagine that most drivers are paying strict attention to the road, following traffic control signals, anticipating problems, and generally behaving as you might expect someone to act on the highway. But we know it’s not the truth. According to one recent survey, there are 800,000 cards driven by someone using a smartphone at any given time in America. This is not acceptable, especially given the fact that more than 400,000 Americans are injured or killed by distracted driving every year. With No Cell Phone Signs, you can remind local drivers to put down their phones and pay attention to the road.

Employees may bristle at the idea that they should put their phones away during work hours, but is it really your fate to pay people to play Wordle at their desks? Are you expected to foot the bill while your employees spend half their days surfing Facebook and texting their friends? The very thought is absurd. People are so attached to their phones that they begin to think of them as a kind of inborn right, but you can disabuse them of this notion whenever you want. With No Cell Phone Signs, you can make it clear to your employees that phones are to be turned off and put away during work hours.

As a teacher or school administrator, it’s up to you to make sure students get the best education possible. Unfortunately, that task becomes a lot more difficult when kids are distracted by their phones. There’s no reason whatsoever that you have to stand idly by and allow this situation to continue. Post No Cell Phone Signs in the classroom and anywhere else that phones should be prohibited on campus. Students are certain to dislike the rule, but that’s hardly a novel situation where school is concerned. The important thing is that you’ve eliminated a significant distraction that keeps kids from learning.

Signs Made Your Way

We’re proud to carry a wide selection of No Cell Phone Signs in our stock inventory, and we’re adding new ones all the time as demand increases for these behavioral tools. That said, there may be scenarios we’ve missed! If you need a prohibitive sign that isn’t covered in the ones you see in this section, please give us a call. We are in the business of satisfying customer demand, and we’re ready to make you a custom No Cell Phone Sign if that’s what you need. Thanks for shopping with American Sign Letters!